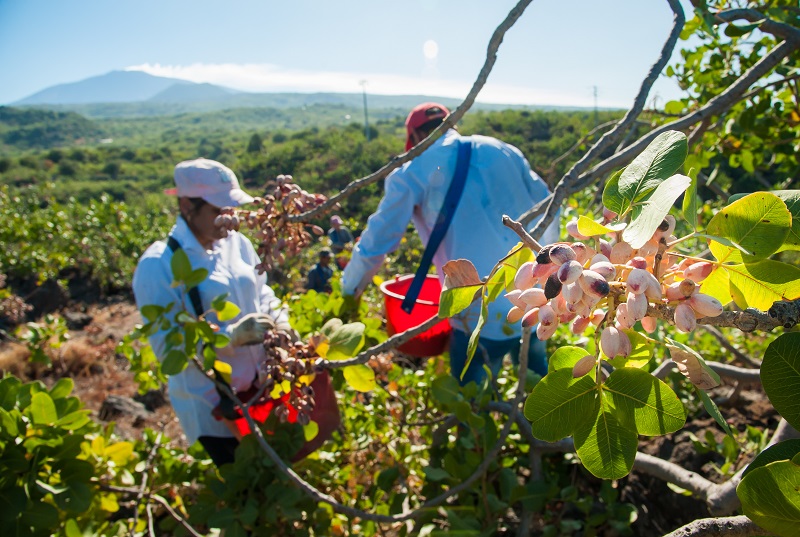 Over 12 million people came to Ellis Island in search of opportunity. John and Frank, Sr. Germack were among them. The brothers arrived in 1912 at the ages of 12 and 7. As they grew, eldest sibling John developed a longing for the flavors of their homeland. This served as inspiration for his fledgling business, which sold traditional foods to the ever-growing Eastern European, Greek, and Turkish communities in the United States. Their stock included favorites like nuts, spices, olives, and olive oil. Pistachios were expensive at the time and considered a Mediterranean delicacy. They were a new food to many Americans. As business grew, so did the Germack story. The company expanded to the industrial town of Detroit. A steady stream of customers made purchases, anxious to obtain the imported foods that were difficult to find elsewhere. Frank, Sr. stayed in Detroit while John acquired the Zenobia nut company in 1936 and made the move back to the Big Apple. Zenobia was later sold but is still open today. Frank focused on importing and roasting pistachios along with cashews, Brazil, and pine nuts. During this time, he decided to experiment with dying pistachios a bright shade of red. This was done to make them look more appetizing and to cover the natural stains that appear on the shells. This new colorful creation became the hallmark of the Germack Pistachio Company. The company became a national nut producer in the 1950s and 60s, importing 20,000 tons of pistachios. Several moves and over two decades later, the company found itself just 50 yards from the original factory. Today, Germack produces more than just nuts, with a line of dried fruits, healthy mixes, holiday items, coffee, and chocolate covered treats. Call, visit our website, or come visit us in Eastern Market to discover the many flavors of Germack.