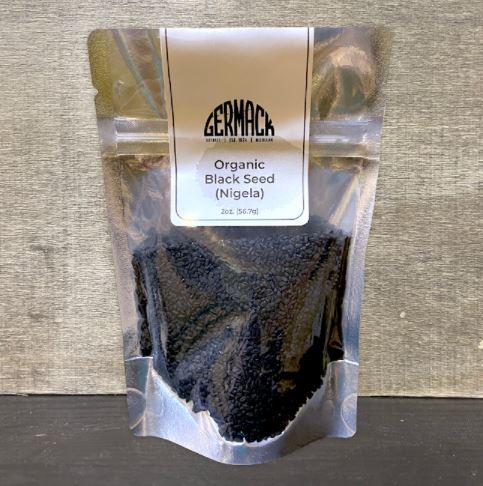 Nigella sativa seeds have traditionally been used as a spice in Indian and Middle Eastern cuisine where it is referred to as “kalonji”. Their flavor profile is savory, pungent and slightly bitter to taste. Also called black cumin seed, black seeds are employed to flavor curries, vegetables, and breads. They were found in the tomb of Tutankhamen suggesting their use by humans since at least the times of ancient Egypt. Indigenous to the Mediterranean and now growing around the world, nigella seeds can also be used in tea or added to coffee as a unique flavoring.